He was sweaty and musky, just the way I love. Soon his cock was out and being slapped against my face. He made me smell his balls and then suck his cock.

I mentioned in my last story with the Blonde Marine that although I’m a true vers, and love topping, I really enjoy bottoming and don’t seem to get much chance to do that. So occasionally I change my profile pic to just a shot of my butt. If you read my profile I’m not young or buff, but have been getting some requests from tops, so I’m enjoying it.

The other evening a pro escort hit me up and asked if I was looking. I told him no, that an escort wasn’t in my budget, but that he was hot. He told me that I have a nice ass, and asked if I like to get pounded and if I could take his big cock.

I told him that I love to get pounded, but it had been some time since I’d had one anywhere near his size. There was about a ten minute silence and he came back and said, he had just set his second appointment for later tonight. I said, “Okay good, it sounds like you’re set for the day.”

He came back again and said, “Here’s the deal, when I fuck I like to pound, long and hard, but most of these guys who make appts, are younger and smaller and think they can take my cock, but when they get it they holler and scream and jump away. I have a hard time holding back, but I have to give them what they want because they’re paying. If you just come over to get fucked, ‘no charge’ I can fuck you how I want, then maybe after I get it out of my system, it will be boring but then I can fuck them the way they want.”

We discussed logistics and sent each other pictures. We agreed to meet in an hour, and when he said,”I had a shower this morning, but I worked out and then ran 5 miles in this heat, I am very sweaty and musky, I need a shower!” I told him I love a good sweat on a man, that I’d prefer that he didn’t. That seemed to really interest him, and he told me to get here as soon as I could.

I showered and douched deep! I was on my way as soon as I could get there. As I was driving it was going through my mind that he had told me he is a total top, doesn’ t kiss, suck or rim. I was good with that, I mean I also prefer some romance, but to have a pounding by a 10″ black cock I was ready to just submit my butt.

When I got to the hotel, he met me at the door. I was surprised he was in his sweats, as it was over 100 degrees. We stepped in the door and he grabbed his big cock and smiled at me and said, get on your knees bitch and smell this sweaty crotch. As I got on my knees he slid down his sweats and presented his big cock through some sweaty white boxer brief, just like the ones in the picture.

He was sweaty and musky, just the way I love. Soon his cock was out and being slapped against my face. He made me smell his balls and then suck his cock. I couldn’t take it all because the curve was up and I couldn’t get it in his throat, but he actually seemed more interested having me take in his scent than getting head. He told me head was okay, but he prefers to fuck.

Soon he sat on the corner of the bed and raised his legs and said, “Smell my asshole white boy!” That was hot and I dove in. I made sure it was clean and wiped my tongue through his crack and he kind of jumped and said, “Sniff it, don’t lick it!”

I did as he said, and he held my head to wipe his scent all over my face. Soon he was up and ordered me on my hands and knees. He positioned me the way he wanted and said, “Get ready to get pounded!” We had discussed in our texts that I could take a pounding, but needed an easy penetration, since he’s a professional I was expecting the best. What I received was a thick almost 10″ cock jammed in my hole, hard and fast!

I jumped and moved off his cock, and said, “Fuck dude!” He grabbed me and pulled me back and said, “You’re not paying, this is my fuck, I fuck the way I want!”

I grabbed the lube and wiped it on my hole, then grabbed his cock and lube it too, making certain that the condom was in place. Once things were relubed he pushed my hand away, grabbed my ass, and shoved in again! Holy fuck he’s not only long, but thick. I grunted, he pulled out and shoved in again. The third time he shoved in, he gave me all 10 inches. I hollered, but stayed there. He hit that spot deep inside that hurts sometimes and that seemed to be his target!

I was loving it and hating it at the same time. He pounded hard and fast, and his breathing started getting ragged, and I figured he was going to shoot. I moved forward off his cock and asked if he was close to shooting and he said, “Yeah!”

I said, “Hey this hurt like fuck, it’s just now starting to feel good, you said, you wanted to pound me, let’s make this last a little bit and really get this out of your system so you can give the paying guys a good romantic fuck!”

He agreed, and was a man of few words. He said, “So you can take it now?” I said, “Pound me, just make it last!” He shoved back in again hard and went after it. I could tell he was ready to shoot a couple of times as his breathing would get ragged, then he’d stop and just hold it deep inside of me for a minute or so, then go right back to pounding. A couple of times when I felt he was calmed down enough I’d just some of my butt tricks and massage his cock, first with my hole, then with muscles deeper inside of me that over the years I’ve learned to control.

The first time I did that he just grunted his appreciation. After a few more times he started chanting “Sweet pussy, sweet pussy!” Then he’d go back to pounding. I alternated so that it felt better for me, staying with my head pressed against the mattress, or presenting him the “ski slope”. About five times he would stop and take a break to keep from coming. The pauses were getting longer and the pounding were getting shorter, so I knew he was soon going to go past the point of no return.

He was holding his cock as deep inside me as it would go, and I was using my inner muscles on him. Again I was hearing him mutter, “Sweet, sweet pussy!”

When he was finished he slapped my ass, and said, “There you go damn, you’ve got a sweet pussy!”

I kind of understood, and of course the term “Gay for pay”, went through my mind. He went to the sink and grabbed a towel and tossed it to me and started wiping the sweat off the front of his body. He said, “Well now I can take a shower, have a nap, and be ready for the paying customers, thanks!”

We chatted a bit and he said, he’d be back in town again in a few weeks and asked if I’d like to get pounded again? I told him to let me know when he would be here to let me know.

As I was leaving he surprised me and said, “So you enjoy black cock?” I laughed and said, “Couldn’t you tell?” He said, “I have some buddies that might enjoy that sweet pussy too!”

I gave him my business card and said, “Have them contact me,” and left. 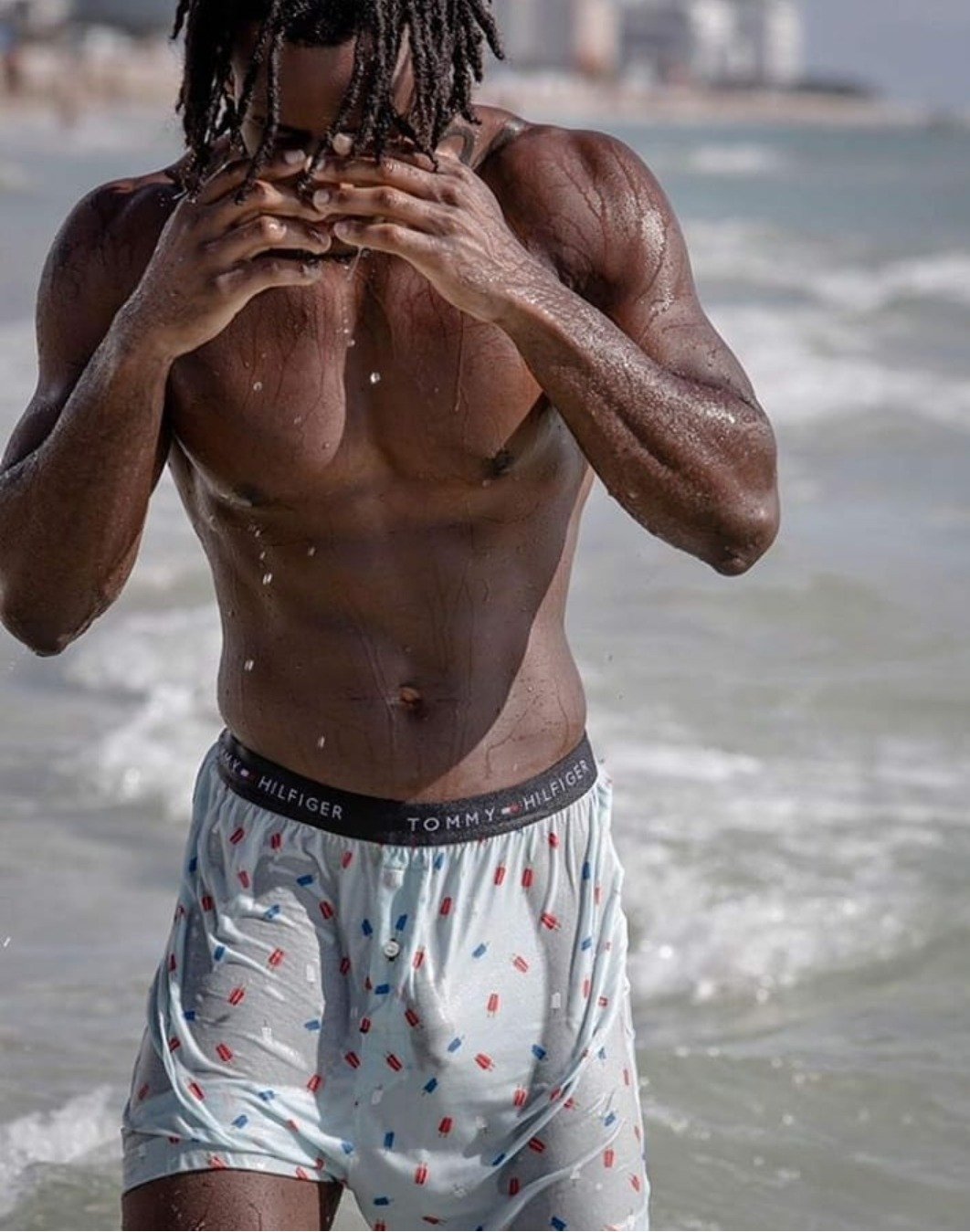 No votes so far! Be the first to rate this post.